Roughly one quarter of the calories and one third of the mass of the world’s food crops are wasted. This waste happens in each phase of our food’s journey from farm to fork (or trash bin). When combined, though, the world wastes enough calories to feed 1.9 billion more people the diet the World Health Organization says is needed to be healthy and satisfied.

The term “food loss” usually refers to a failure of infrastructure and systems in the supply chain that reduces the mass or nutritional value of food, such as lack of refrigeration and storage, logistics, insufficient training, or poor access to markets. “Food waste,” on the other hand, happens mostly because our behavior and conditions in our homes, institutions, restaurants, and grocery stores cause edible food to be discarded or to spoil. In this report though, we use “waste” for simplicity, but we discuss aspects of food loss throughout.

Impacts on equity and the environment

Worldwide, we already grow enough food to meet everyone’s needs, but food waste dramatically reduces the food supply that is delivered to people. Reducing food waste in developing countries means a greater supply of food is available to be eaten. If accomplished along with other changes to food availability and accessibility, reducing waste could also mean better food security.

The food we directly throw away as consumers is just the beginning of the problem. The majority of the environmental impact of food waste is not from the food rotting in the refrigerator, or spoiling in a field, but from the fact that agriculture needed to happen in the first place to grow the food. Wasted food also means that we waste all of the resources that go into agricultural production, including land, fertilizer, water and associated environmental problems such as greenhouse gas emissions.

While we can’t eliminate all waste, making headway could promise twin benefits: adding calories to the global food supply, and lightening agriculture’s impact on the environment.

We waste a fourth of the food we grow

Some level of waste is unavoidable. We don’t eat bones, hulls, or orange peels, for example. About a third of food waste consists of truly inedible food, but the rest could have been eaten. The scope of this report does not include waste from the byproducts of processing. It also doesn’t include food redirected to food banks and ultimately consumed. In addition, it doesn’t factor in waste from overconsumption of food beyond caloric and nutritional needs.

A small portion of global food waste leaves the food supply somewhere along the food chain, but can be repurposed for uses like animal feed or bioenergy. However, in this report, human food directed toward other uses is considered waste.

Differences between developing and developed countries

In lower-income countries, most food waste happens early on, during crop production and after crops have been harvested. Poor harvesting equipment leaves crops on the field, and poor infrastructure and inefficiencies in supply chain systems lead to post-harvest spoilage.

Pests, fungus, disease, and other causes of spoilage often compromise the food during storage and handling. Farmers may have inadequate storage equipment or techniques, and they may wait too long to transport harvested crops to market. This can also be due to inadequate roads and distribution systems.

In subsistence farming communities, consumer losses are lower because people don’t have access to as much food as developed world consumers. In the less-developed countries, people also spend a much higher proportion of their incomes on food, making it less likely that they will want to waste food at home. As developing economies urbanize, supply chains become longer and more complex, but also more efficient. The result is often less waste during harvest and post-harvest (as a percentage of overall waste), but as food availability improves, more waste during consumption.

But this is where the story turns sour. In North America, Oceania, and Europe, more than half of food waste happens during the consumption stage of the food supply chain. Food reaches the market but is thrown out before it is used. If food is past the “use by” or “best before” dates, supermarkets and consumers often mistakenly assume the date labels mean the food is unsafe and throw it out. In fact, these labels are not regulated, and do not relate to food safety but to a manufacturer’s claim of its highest quality.

We purchase the food and bring it home, but don’t prepare it before it spoils. We prepare too much, and don’t eat the leftovers. This happens at other points of consumption, too—at restaurants, at catered events, and in schools and hospitals.

On the other end of the spectrum, South and Southeast Asia has the lowest per capita food production, and lowest amount of waste (404 kcal per capita per day). Since wealthier countries tend to eat diets with more animal products, in many countries the dietary transition also amplifies the environmental cost of food waste.

Most wastage in developing countries happens due to food loss during harvest or post-harvest.

A lot more than loss

So far, we’ve discussed direct food waste—food that we grow but don’t eat. This is a startling problem, but the waste of resources required to produce the food is far greater than direct waste of the food itself. While the costs are indirect, they are also extreme enough to create major food security and environmental problems:

The total cropland used to grow food that is never eaten almost equals all cropland in Africa.

The world’s most wasted foods

Due to their distinct environmental footprints, some foods matter more than others. Because the same types of food are grown differently across regions, reducing waste in certain places can have an outsized impact on the global problem. In particular, small changes in the wastage of three commodities—meat, cereals, and fresh fruits and vegetables—could greatly reduce global food waste:

In the graphic below, the impact of waste amplifies significantly when we consider the true cost of wasting meat—measured here by the embodied feed required to produce the wasted meat. If the crops that livestock animals consume during their lifetimes are included, reducing consumer waste of most of the key commodities noted below in the USA, China, and India alone could save enough calories to feed about 413 million people per year.

(kcal per capita per day)

Deciding how much to cut

There’s mounting evidence that setting an attainable target could be a key global strategy in ensuring future food security. One study found that if all regions reduced waste to the level of the best-performing region for each phase of the food supply chain, global waste could be reasonably reduced by half. The FAO concurs with this target, concluding that waste could be reduced from 24 percent to 12 percent.

To meet current needs, this means we would need to grow 1,314 trillion kilocalories less than we do now. That’s enough calories to feed about 1 billion people, or the projected global population growth between 2015 and 2028. A 50 percent cut is already the European Union’s goal for reducing food wastage by 2025.

Halving food waste would also roughly halve its environmental impacts. This could save an area of cropland equivalent to the size of all of Brazil’s cropland (78 Mha), as well as the same amount of fertilizer as used in all of Brazil (12 Mt per year). 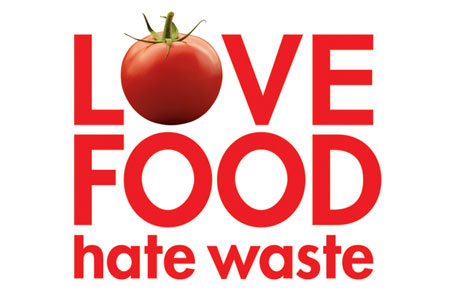 To some, the phrase “awareness campaign” reeks of feel-good inefficacy. But the UK-based Love Food Hate Waste effort spans sectors, uniting government and charity behind strategies ranging from city communications to cooking classes—a comprehensive drive that cut food waste in the country by 18 percent in just five years. 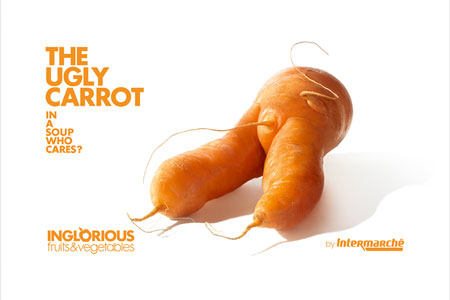 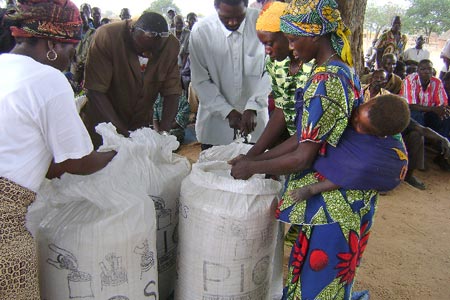 Insect pests devour crops like cowpeas and grains like wheat. To combat postharvest loss, researchers made a storage bag that can cost less than half of what farmers pay for equivalent insecticides while still preserving crops before they go to market. (Purdue Agricultural Communication photo/Beksoubo Damienne)

When he learned that the food wasted by college students in his country could feed 10 million people per year, Chinese activist Xu Zhijun began campaigning online for reduced waste. Chinese President Xi Jinping has endorsed the effort.

Food waste is one of the most compelling reasons to improve the sustainability of our food system.

Combined with changing our diets, reducing food waste is one of the most effective demand-side solutions available to ensuring a healthy food system.